Thank you! Check your email for a confirmation link. Add [email protected] to your email contacts so that you don't miss it. Once you confirm, you'll receive a link to download the printable!

Paleo Brownies with Chocolate Frosting -the perfect fudgy and refined-sugar free brownie recipe for anytime you’re craving a decadent chocolate treat. Best of all, these frosted brownies come together in just one bowl and are also gluten free and dairy free. 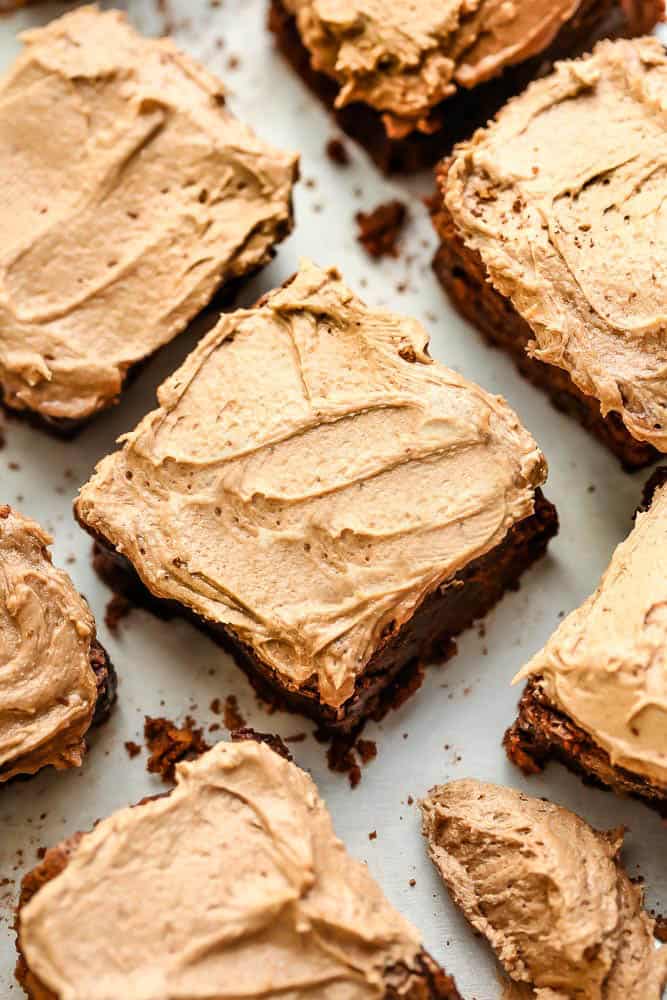 Looking for a healthier way to satisfy that chocolate craving? These paleo brownies with chocolate frosting are sure to hit the spot! Since you guys love these Paleo Turtle Brownies, I set out to make another one bowl paleo version.

I started testing these back in October and shared a glimpse with you guys on Instagram stories and am finally getting the chance to share the recipe with you guys today. 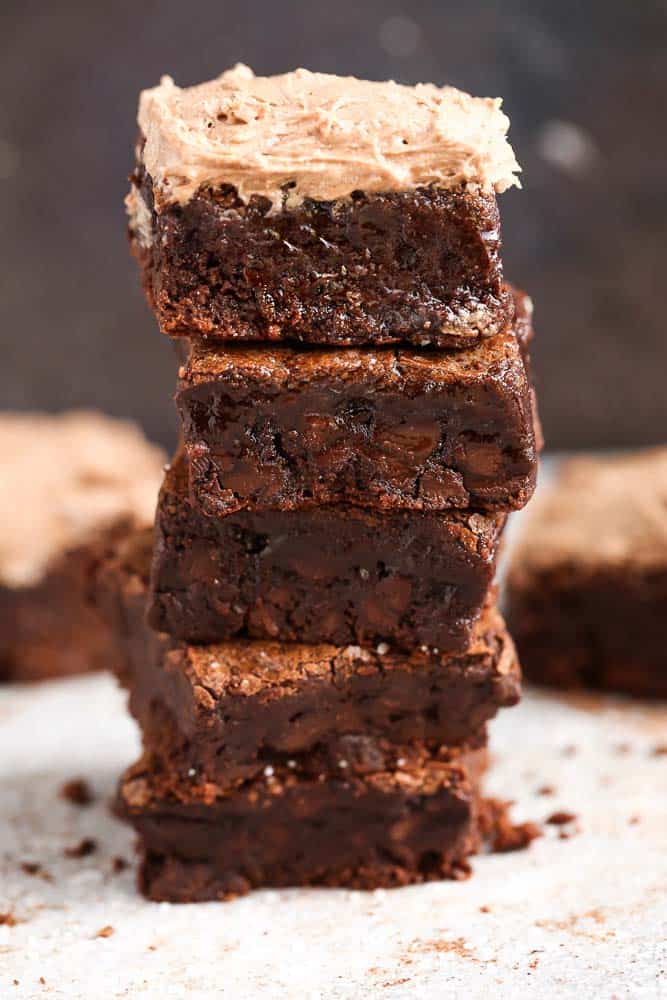 These healthier paleo brownies are super rich, gooey and fudgy so you won’t even have to feel guilty about having that extra piece!

The best part though? The brownies come together in just one bowl and the simple frosting takes no time at all!

natural almond butter, coconut oil, cocoa powder, maple syrup, vanilla and salt is all it takes but it totally takes these paleo brownies up an extra level. Or – no judgement, you may just want to eat the frosting by the spoonful!

If you’re looking for a dairy-free and refined sugar-free treat, these delicious brownies would definitely fit the bill. Plus, you can even sub the eggs for flax eggs to make these vegan. 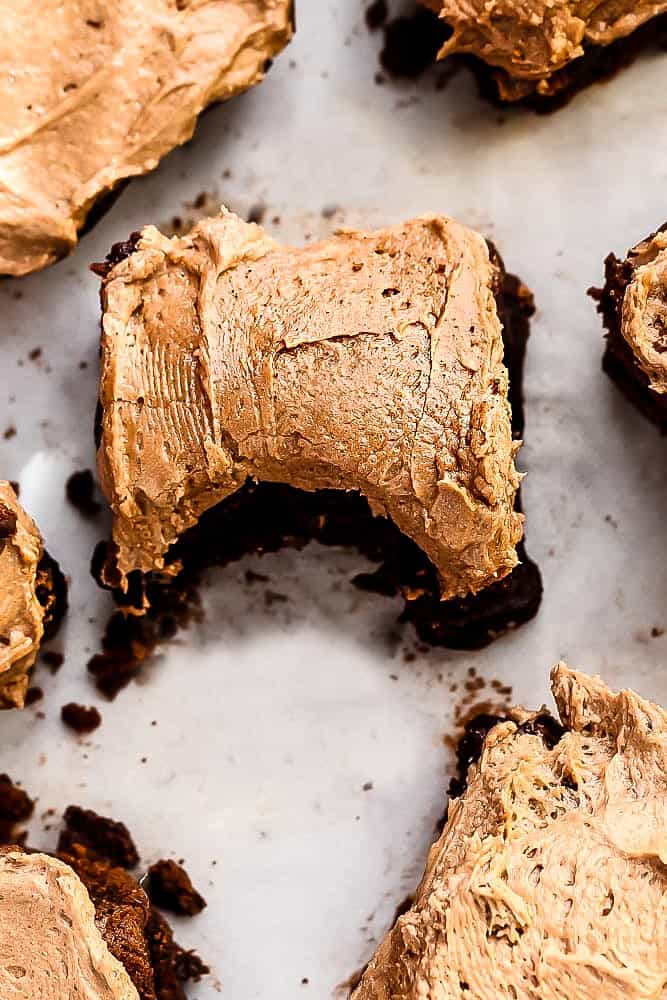 WHAT INGREDIENTS MAKE THESE BROWNIES PALEO-FRIENDLY? 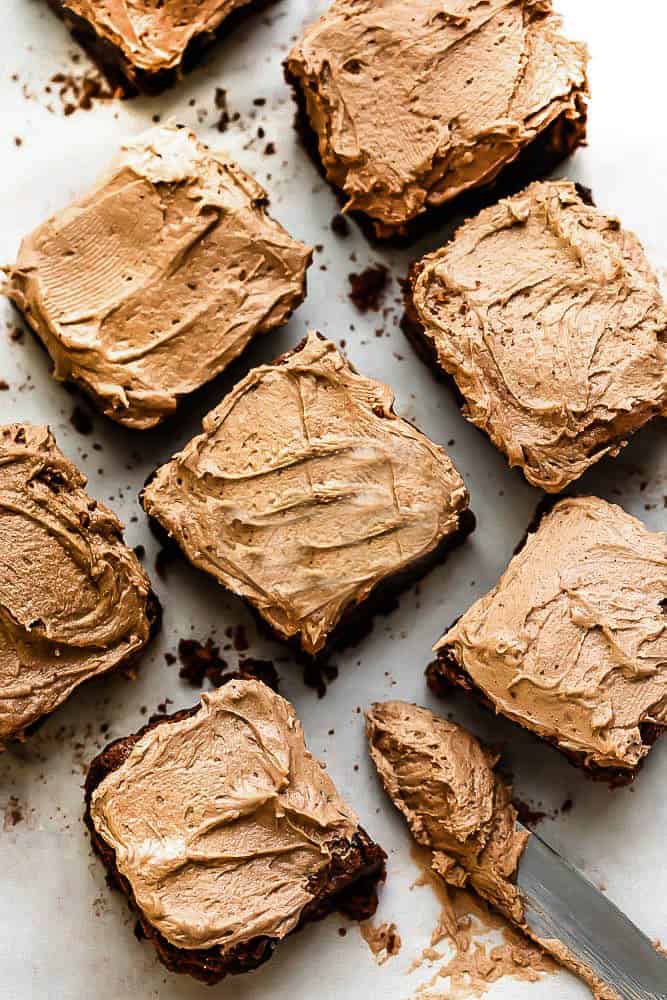 HOW TO MAKE THE ULTIMATE FUDGY PALEO BROWNIES 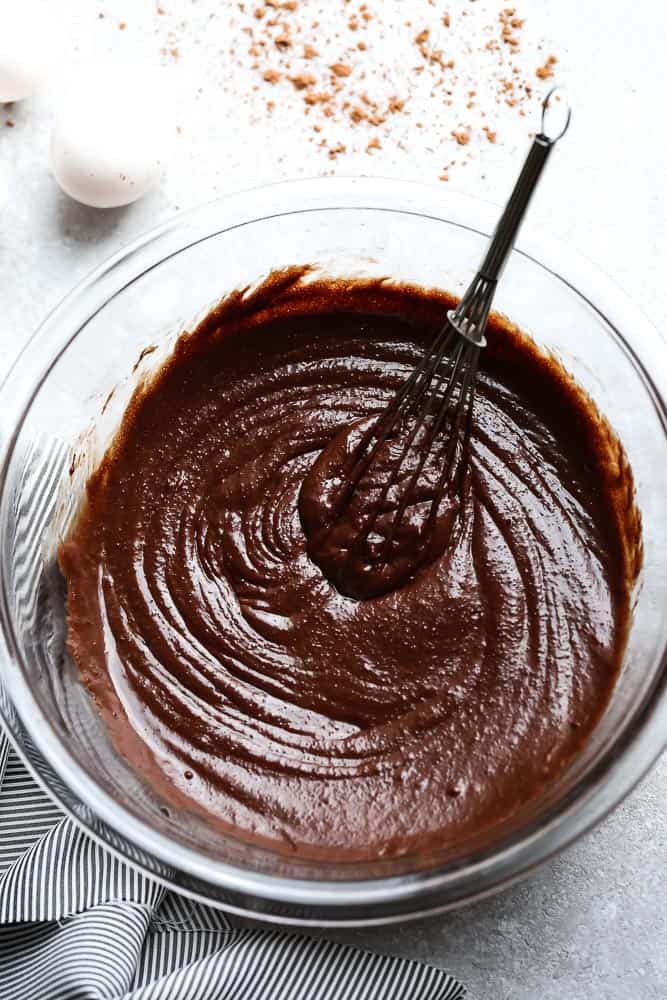 TO MAKE THE PALEO FROSTING: 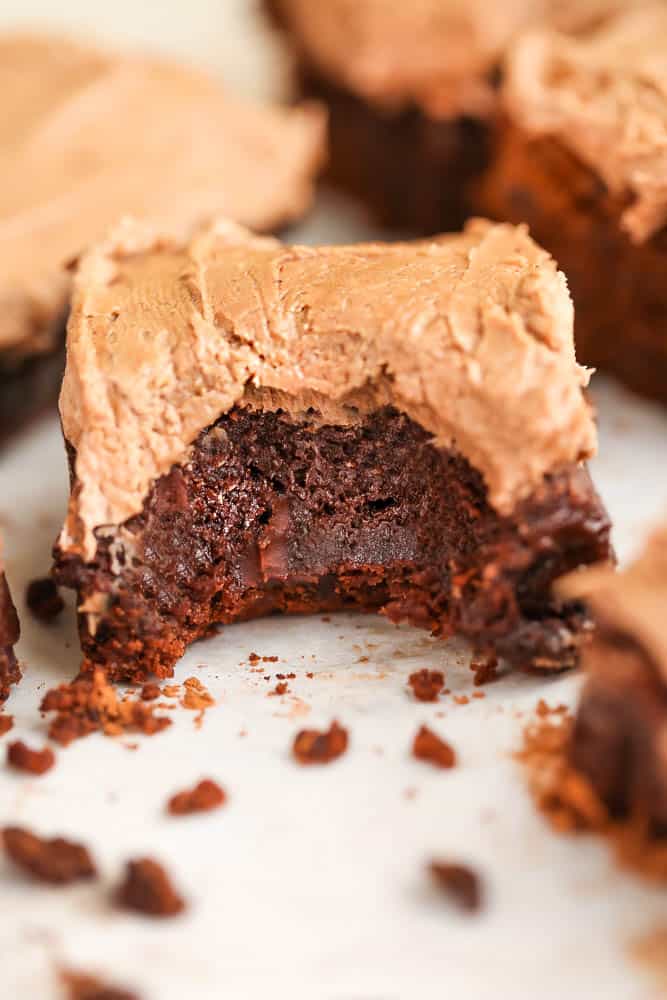 You may need these supplies for this paleo brownies recipe: 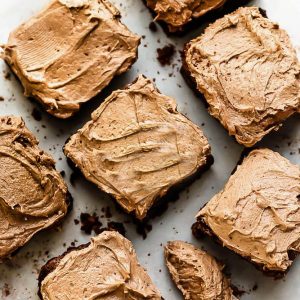 Thank you! Check your email for a confirmation link. Add [email protected] to your email contacts so that you don't miss it. Once you confirm, you'll receive a link to download the printable!