Throwing a Despicable Me or Minion Themed Birthday Bash? These homemade desserts are sure to thrill your guests with the best Minion cake for the ultimate Minion party!

My son is a huge fan of the movie “Despicable Me 2” (he was even a Minion for Halloween)  so there was no question what the theme would be for his 3rd birthday party.

With the new Minions movie coming out in soon, I’m sure there are lots of others that are looking for ideas.

Here is what we did for our Minion Birthday Party

My husband was in charge of putting together the invitations.  He added some minion images with a picture of our lil man dressed as a minion including all the party details and e-mailed them to our guests.

* these were heavily edited with our personal information removed

I made and decorated about 40 cake pops.

26 yellow ones and 14 purple that we handed out to every child that attended the party along with extras for whoever wanted them.

They were a big hit with all the guests! 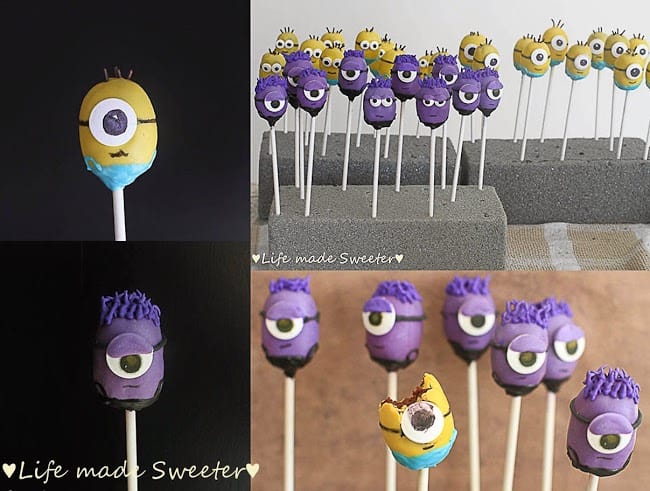 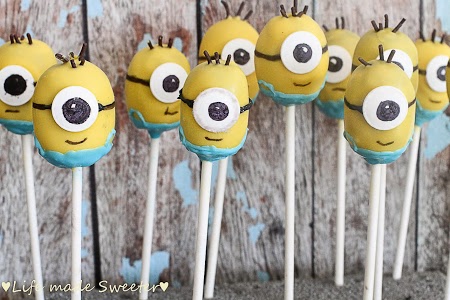 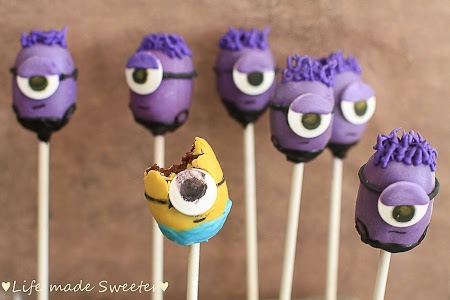 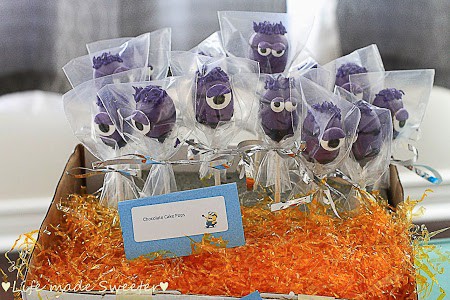 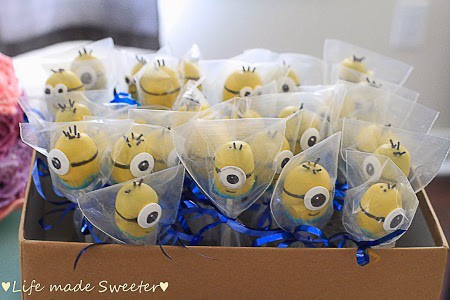 You can find more detailed info thanks to Bakerella’s fantastic tutorial and inspiration.

These were also a huge hit at the party and were the first treats to go. It was so much fun bringing these guys to life. 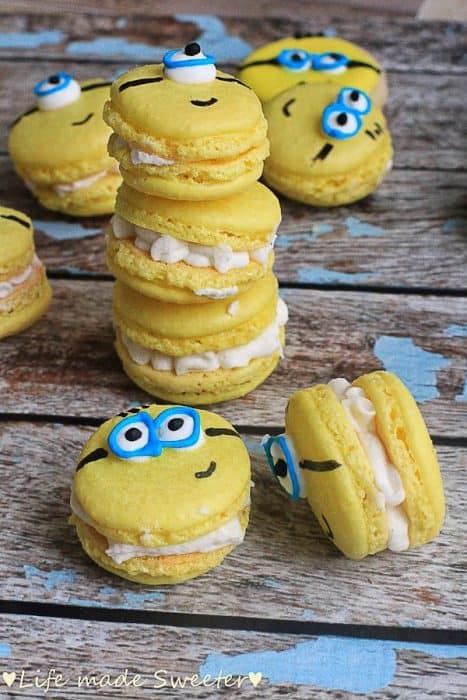 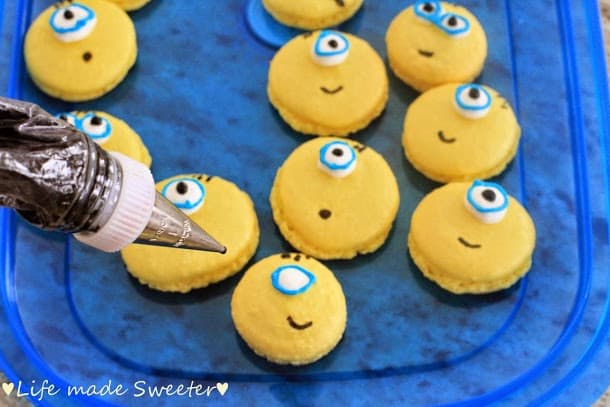 I made yellow and purple minions with my favorite sugar cookie recipe and royal icing recipe.

Each cookie was wrapped up in cellophane with a label we printed with:

“Thanks a Minion for celebrating E’s party with us!” 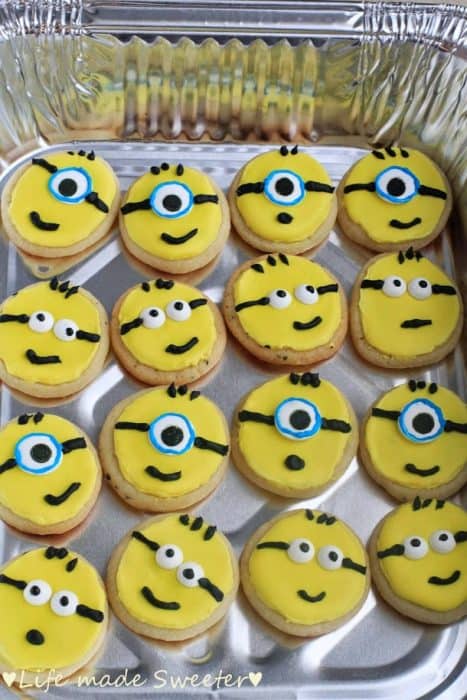 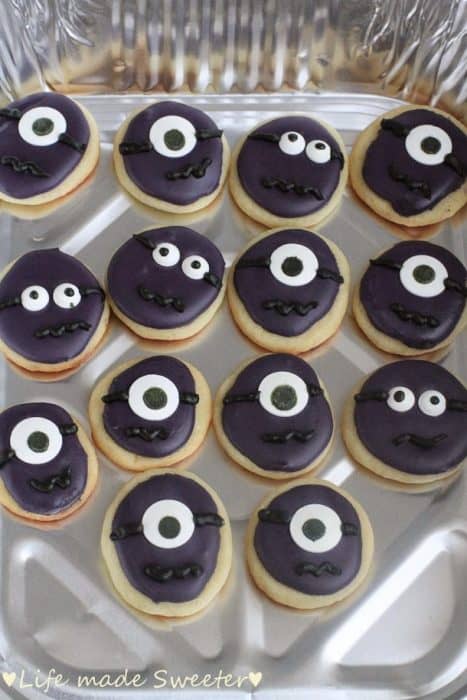 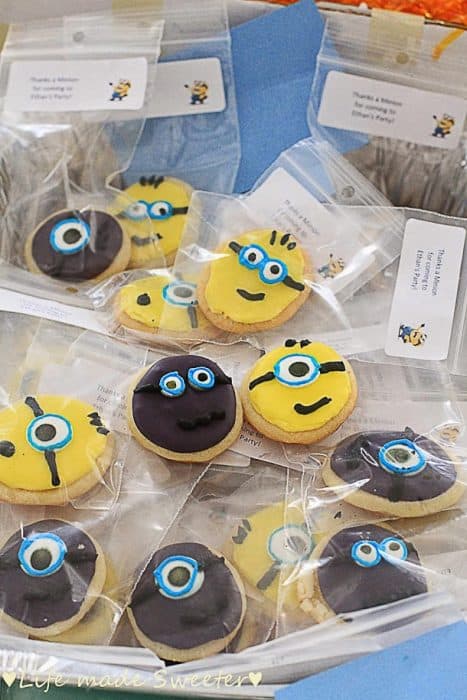 
I am totally in love with baked donuts so I just had to try making a few Minion Donuts (Vanilla Donuts with Vanilla Frosting) after spotting these guys on Pinterest: 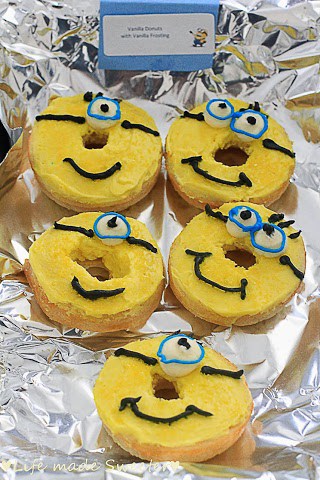 No kiddie party would be complete without cupcakes.

I had a mix of vanilla cupcakes and banana cupcakes (since Minions love bananas) with vanilla buttercream frosting and chocolate frosting.

My husband was in charge of making all the loot bags.  He found a ton of inspiration on Pinterest so he bought yellow and purple gift bags from Dollar Tree as well as blue and black craft paper for the overalls.  He printed the goggles from this template and used double-sided tape to stick them on the gift bags.

The boys got yellow bags while the girls got purple bags.

He printed labels with each child’s name on it and stuck another label at the back of the bag with:

“Thanks a Minon for coming to E’s party!”

The loot bags were filled with candy, stickers and little toys. The kids couldn’t wait to open them as soon as we handed them out near the end of the party. 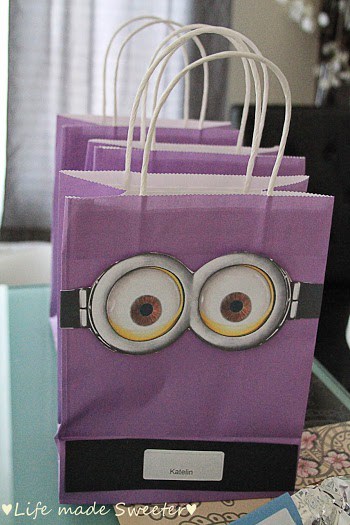 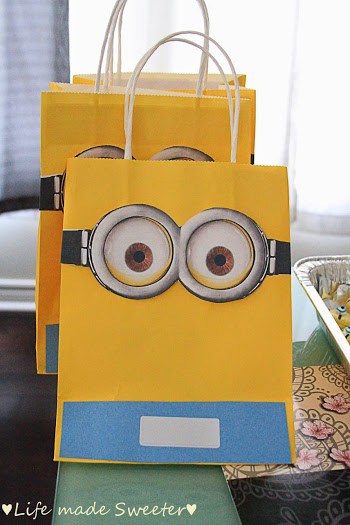 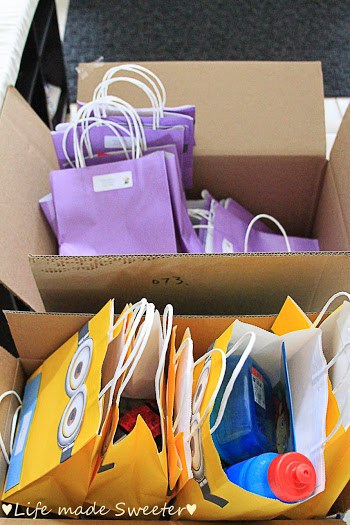 And finally, this cake was the star of all the treats we made!

It was a true labor of love and what I was the most excited to make.

I started searching online for Minion Cake ideas a few months ago and found this tutorial from Sugar Sweet Company that I wanted to try making so I got started a few weeks ago and made a few batches of my go-to marshmallow fondant recipe and baked the 6″ cake layers and froze them.

We decided to make my husband’s favorite chocolate cake recipe with a slightly adapted version of Jaclyn’s Vanilla Buttercream frosting.

You can see that the edges of the fondant weren’t entirely smooth – it didn’t bother me since I knew not everybody would notice at the party. 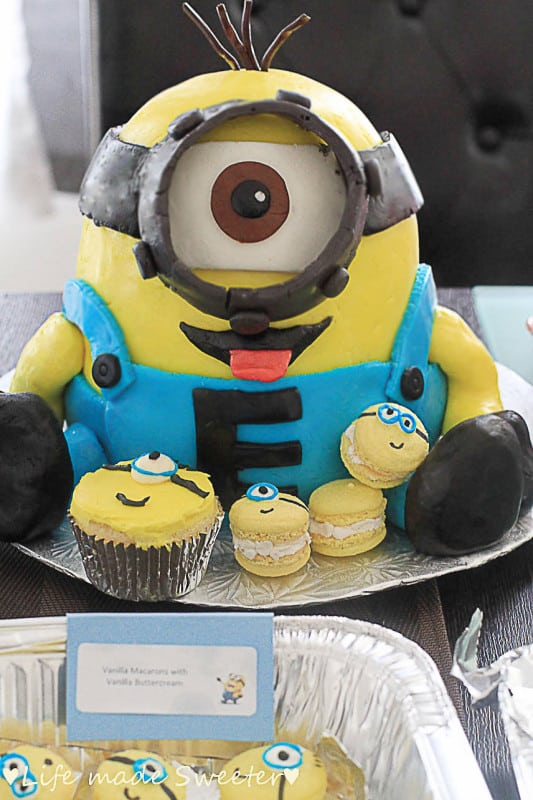 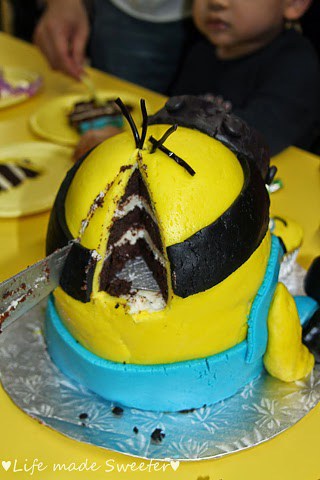 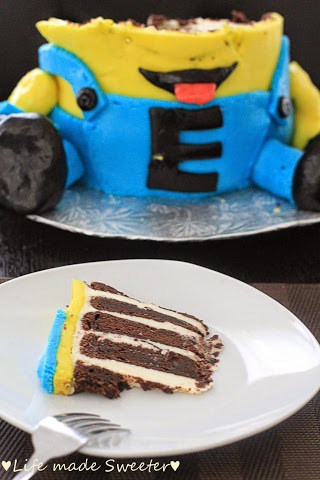 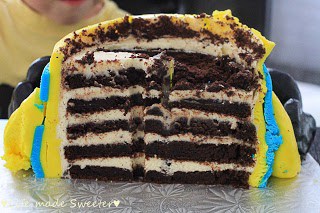 Was it all worth it you ask???

Especially after seeing how happy it made my little man who gave me this big hug and kiss after he saw everything I made – it was truly priceless!

Thanks for reading Life Made Sweeter, you can also stay connected with me here: