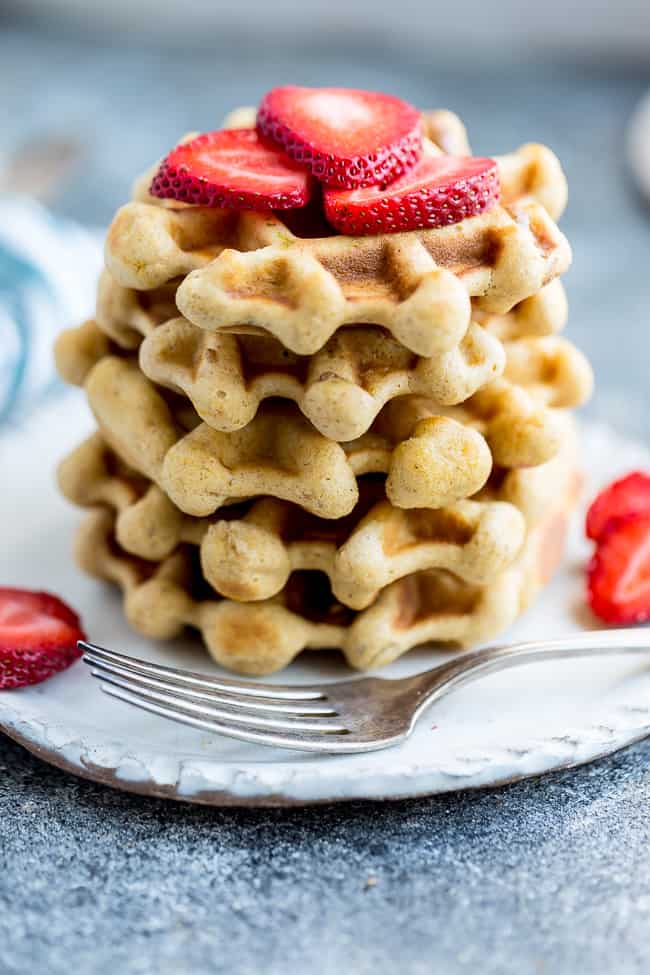 Breakfast has got to be the most loved meal at our house. My kids live for their first bite of baked oatmeal, eggs…..and on weekends – it’s hands down a mix of either these keto pancakes or waffles.

Since going on a mainly grain-free and low carb keto diet to help heal my autoimmune disorder, I’ve been on a mission to come up with the best low carb waffle recipe to satisfy that waffle craving.

If I had to choose between low carb pancakes or waffles – these keto waffles with almond flour win hands down every time.

They are deliciously thick, crispy, fluffy and perfect for your next weekend breakfast, brunch or any Waffle Wednesday.

Another great thing about these almond flour waffles is that the recipe comes together easily in just one mixing bowl so clean up is a breeze. Plus, I love that you don’t need that added step to whip the egg whites separately.

You don’t have to worry about flipping pancakes and the waffles always come out so pretty and perfect with the help of a trusty belgian waffle maker. 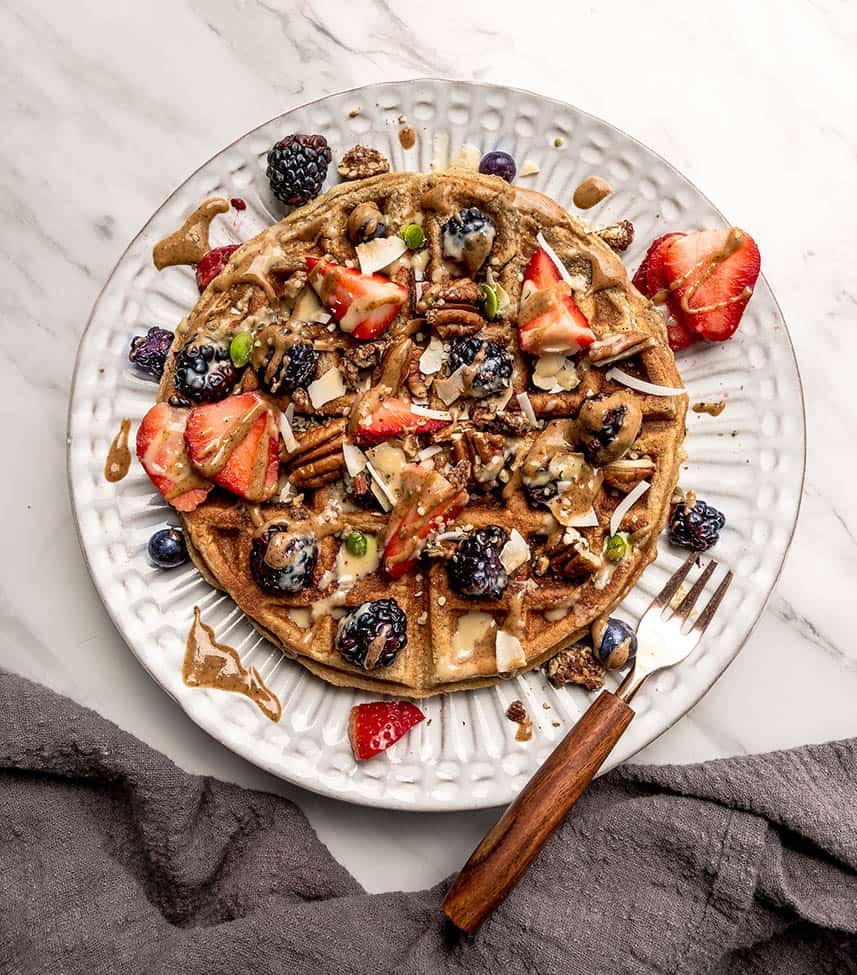 Traditional Belgian waffles are made with wheat flour, milk and sugar making them high in carbs so they do not fit well into a keto meal plan.

This keto waffle recipe is low carb and totally sugar free, gluten free, grain free and paleo friendly. We use a combination of coconut flour and almond flour for better structure, texture and taste. 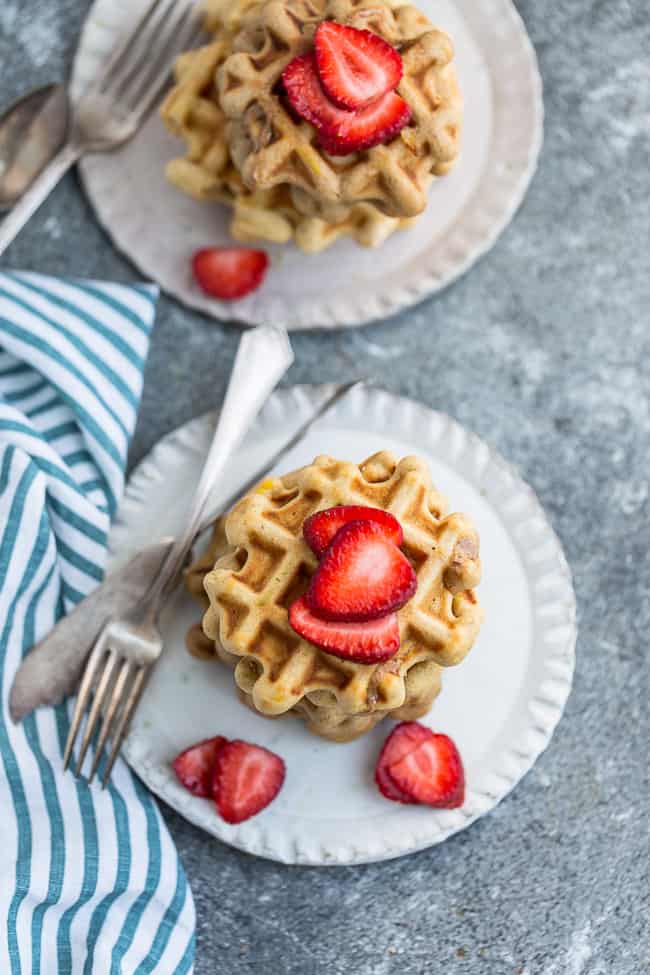 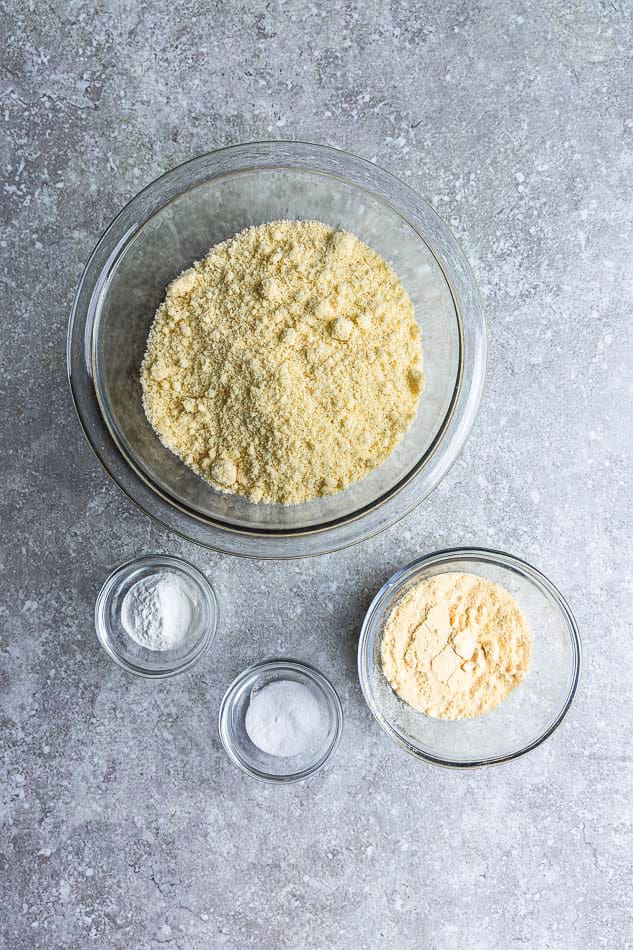 To make sugar free waffles, our recipe for easy keto waffles is made with the following ingredients:

HOW TO MAKE KETO WAFFLES 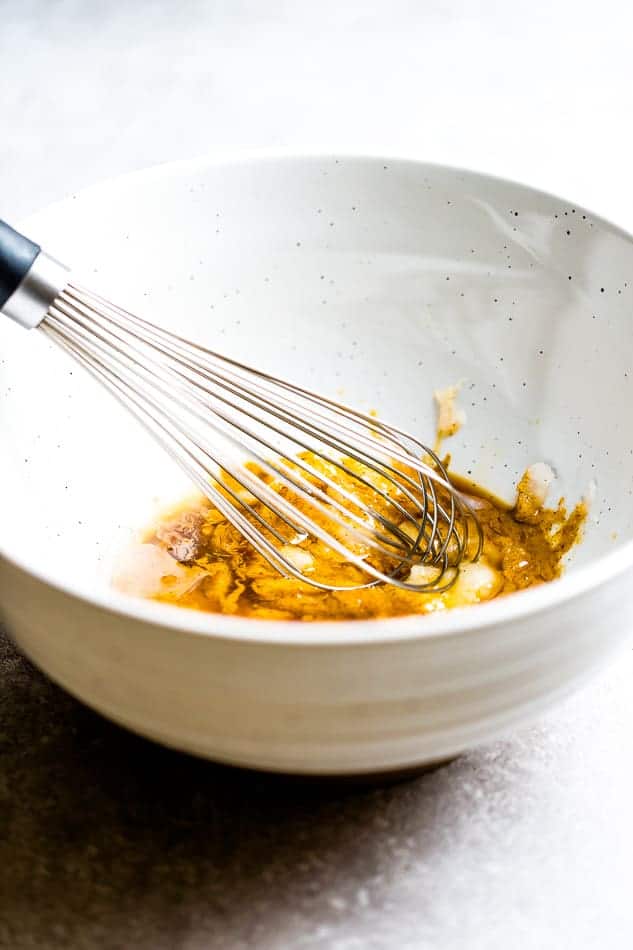 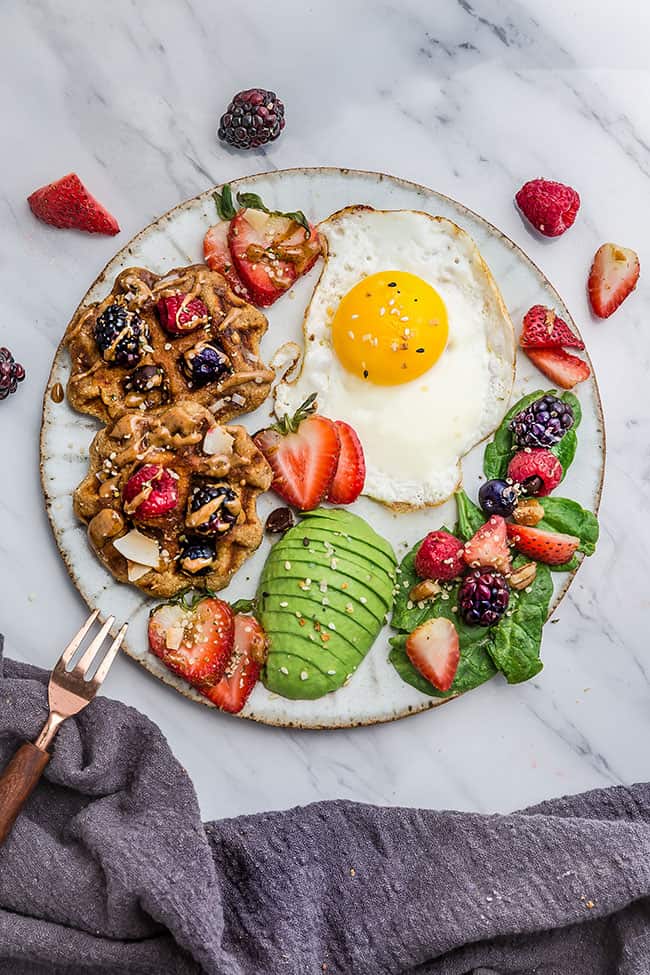 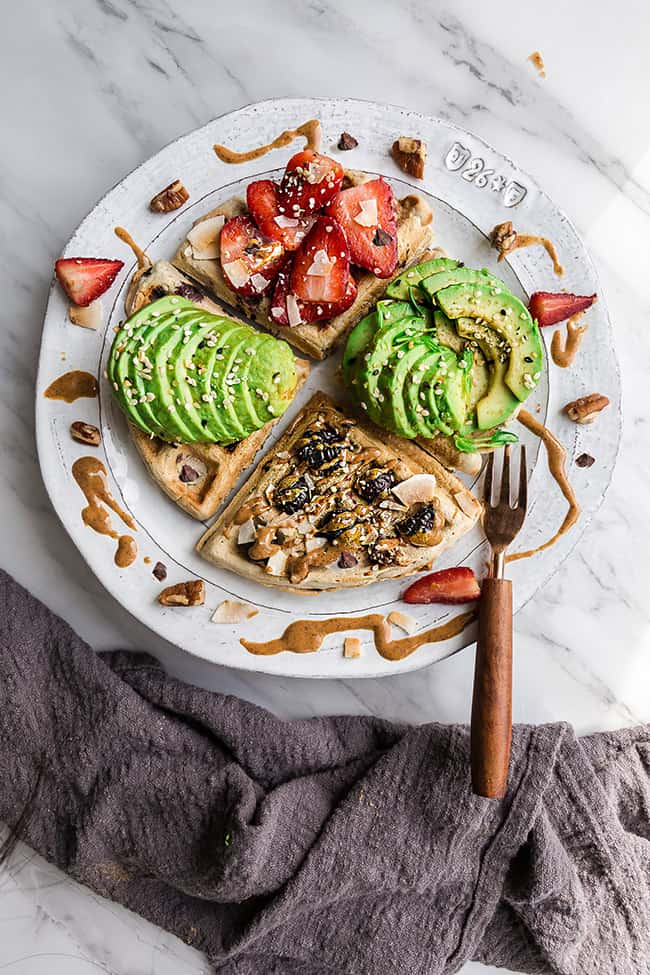 CAN YOU FREEZE KETO WAFFLES?

Yes, these low carb waffles with almond flour freeze beautifully, so you can make a big batch and treat yourself to crispy waffles even on busy weekday mornings.

TIPS FOR MAKING THE BEST KETO WAFFLES EVERY TIME:

HOW MANY CARBS IN KETO WAFFLES?

The nutritional information for 1 mini (1/4) cup waffle serving of these almond flour waffles is:

WHERE CAN I BUY KETO WAFFLES?

Since the keto diet has been so popular now, you’ll be happy to know that they now have low carb waffles mixes that you can buy on Amazon, Target. Whole Foods or Walmart. 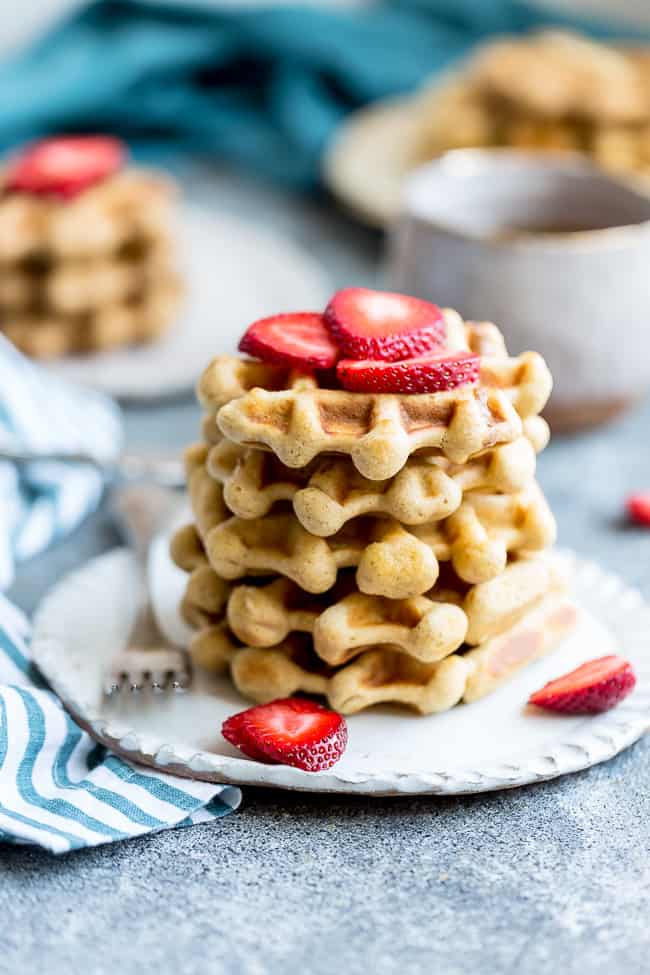 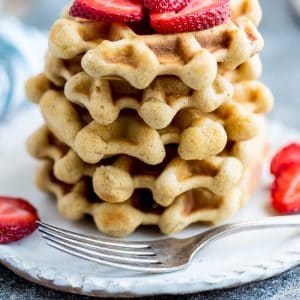 *For crispier waffles, flip the waffles to the other side and close the lid and cook for another 3-4 minutes - or toast in the oven or toaster oven until desired crispness.

Nutrition Facts
Keto Waffles - Low Carb / Sugar Free
Amount Per Serving (1 g)
Calories 191 Calories from Fat 144
% Daily Value*
Fat 16g25%
Carbohydrates 7g2%
Fiber 4g16%
Sugar 1g1%
Protein 9g18%
* Nutrition facts are provided as a courtesy using the WPRM recipe calculator. It is best to make your own calculations to ensure accuracy. We expressly disclaim any and all liability of any kind with respect to any act or omission wholly or in part in reliance on anything contained in this website. Percent Daily Values are based on a 2000 calorie diet.