This French Toast Bake is the perfect low carb make-ahead casserole for a weekend brunch. It tastes just like cinnamon rolls without all the work. Made with gluten free keto-friendly cinnamon bread, topped with a gooey sugar-free glaze and grain-free cinnamon streusel. 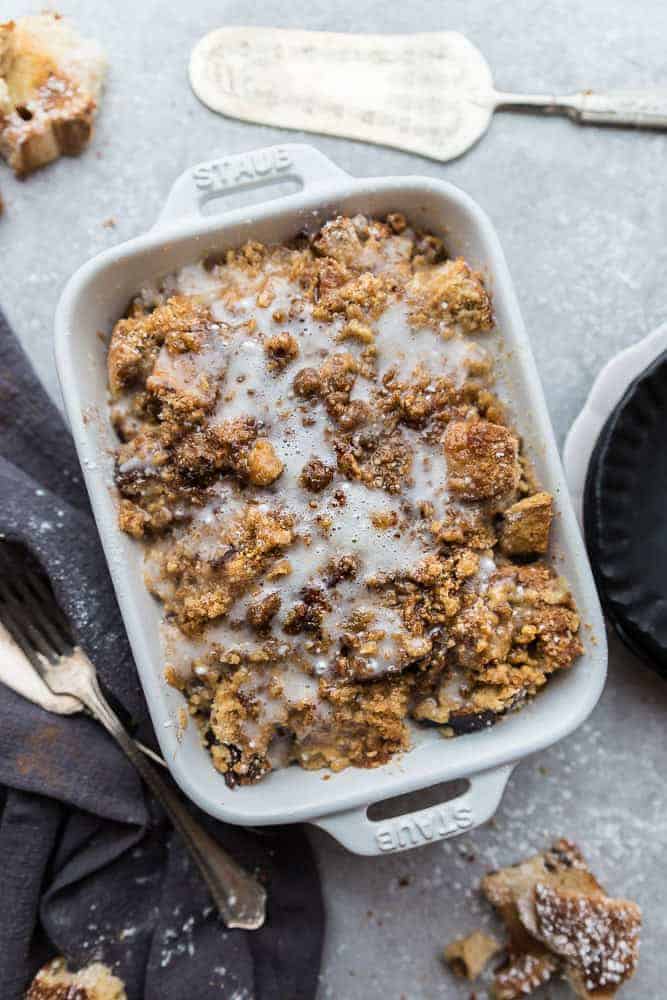 Craving french toast but don’t feel like pan-frying individual slices of bread over the stove? That’s when an easy french toast casserole comes to the rescue. Since you can make baked french toast in advance, it is perfect for weekend brunch, special holidays and on Christmas morning when you have overnight guests.

This easy French Toast Bake has bee updated with grain-free and low carb ingredients so it’s perfect for guests who have dietary concerns. My family loves french toast and this healthier french toast recipe is always a hit at our house.

What I love the most about making baked french toast is that they are super easy to make and come together quickly.

All you have to do is throw everything into a dish and let the oven do the work! You can even assemble everything the night before and bake it the next morning. 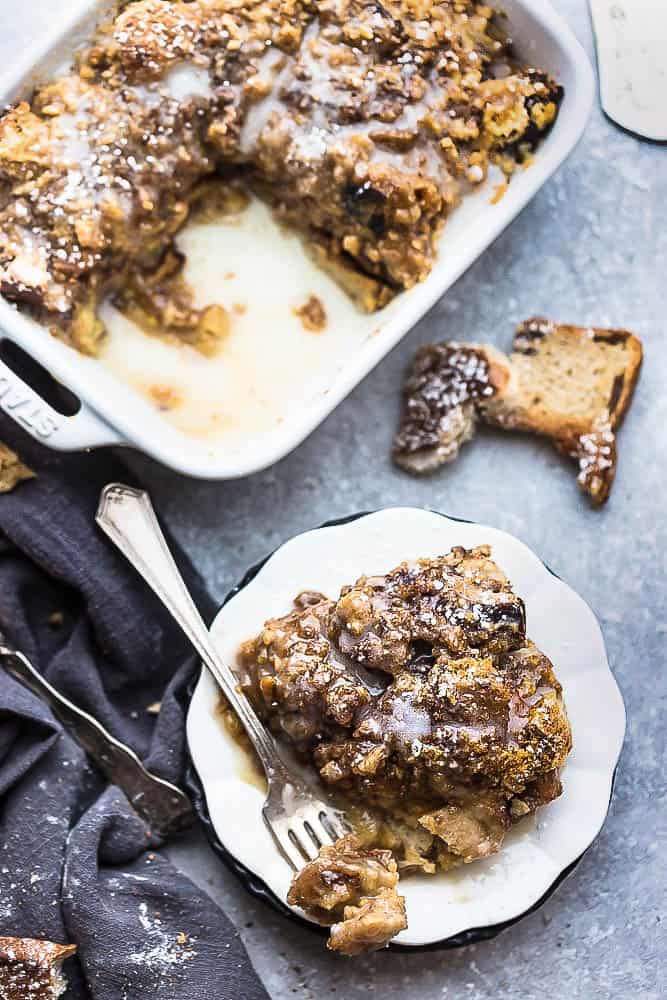 A traditional french toast casserole is usually made with french bread, Texas Toast or sour dough bread and a cup of brown sugar. Since our version is a healthy baked french toast, we are using:

FOR THE STREUSEL TOPPING:

HOW TO MAKE FRENCH TOAST BAKE 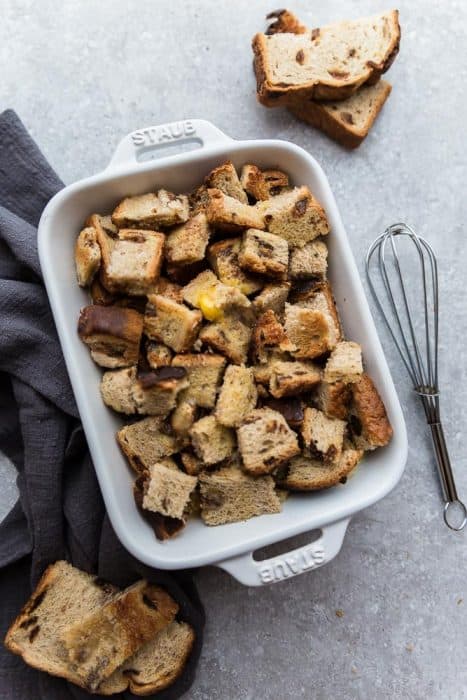 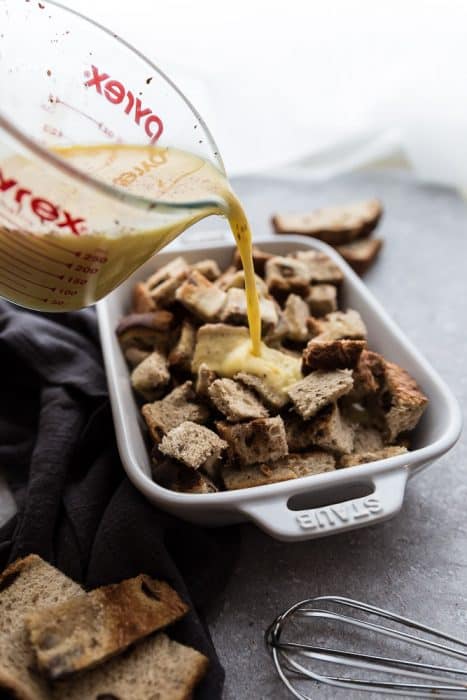 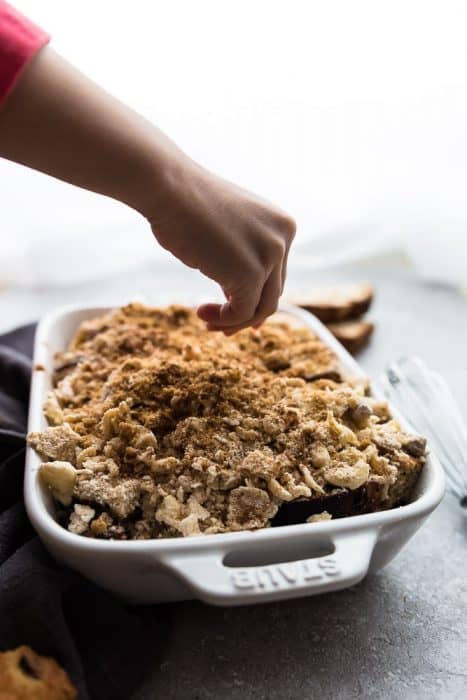 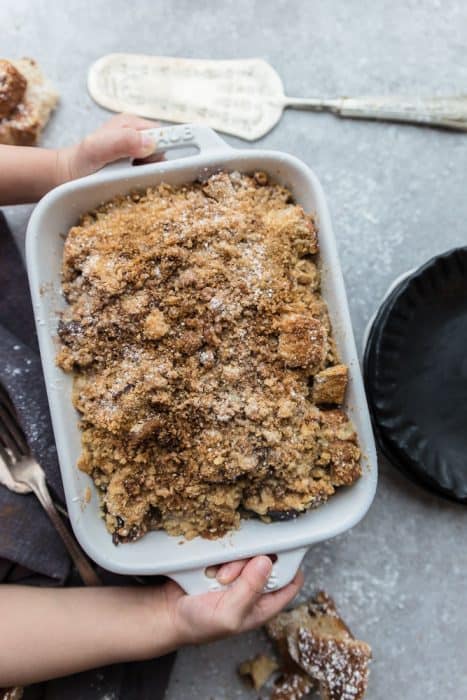 Everyone loves a little variety so feel free to switch things up:

What are the best ways to serve french toast?

French toast is amazing on its on but you can also serve it as a complete brunch with an egg casserole,

Can french toast be frozen?

Yes, the great thing about make ahead french toast is that you can freeze it before baking it or even after. Simply cover it with plastic wrap and then a layer of foil to prevent freezer burn. You can keep it in the freezer for up to 3 months.

When you’re ready to serve, thaw it overnight in the fridge and then bake at 350F for 55 minutes or 25 minutes if you had baked it beforehand.

This Cinnamon French Toast Bake should definitely make an appearance for brunch on Christmas, New Years, Mother’s Day or any weekend morning. It’s not only simple to assemble, it makes your house smell absolutely amazing while it’s baking in the oven.

Less than 20 minutes of prep the night before, wake up the next morning and pop it in the oven while everyone is opening their gifts. My family loves cinnamon rolls and french toast and this casserole has both of those delicious flavors combined. 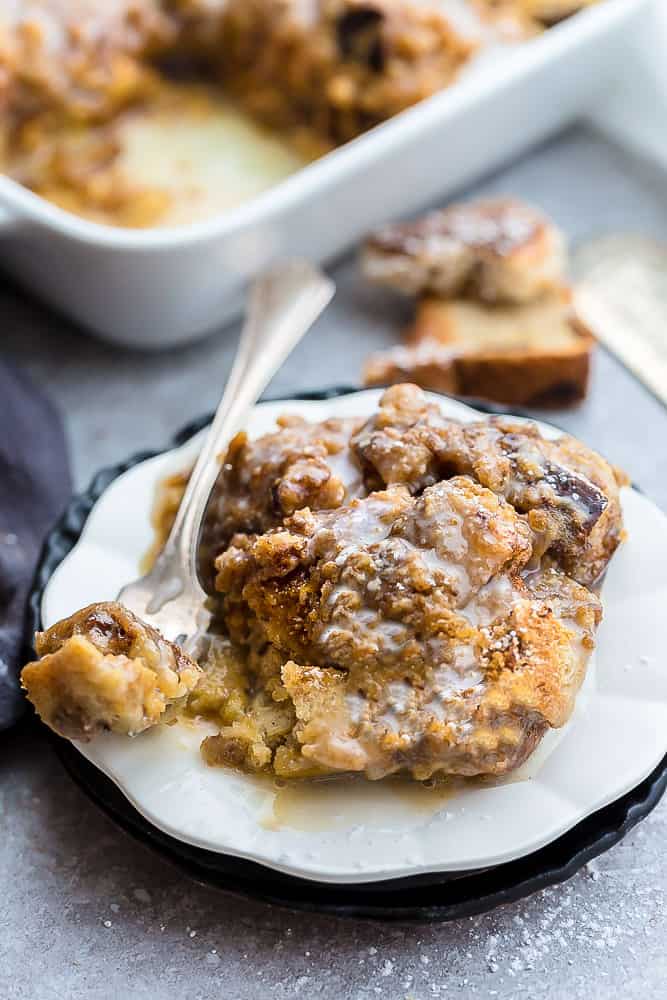 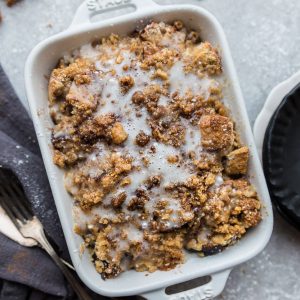