Instant Pot Ham is juicy, flavorful and so easy to make in the pressure cooker in under 30 minutes. It’s made with a delicious low carb, Keto, Paleo glaze and is perfect for your Christmas, Thanksgiving or Easter table! 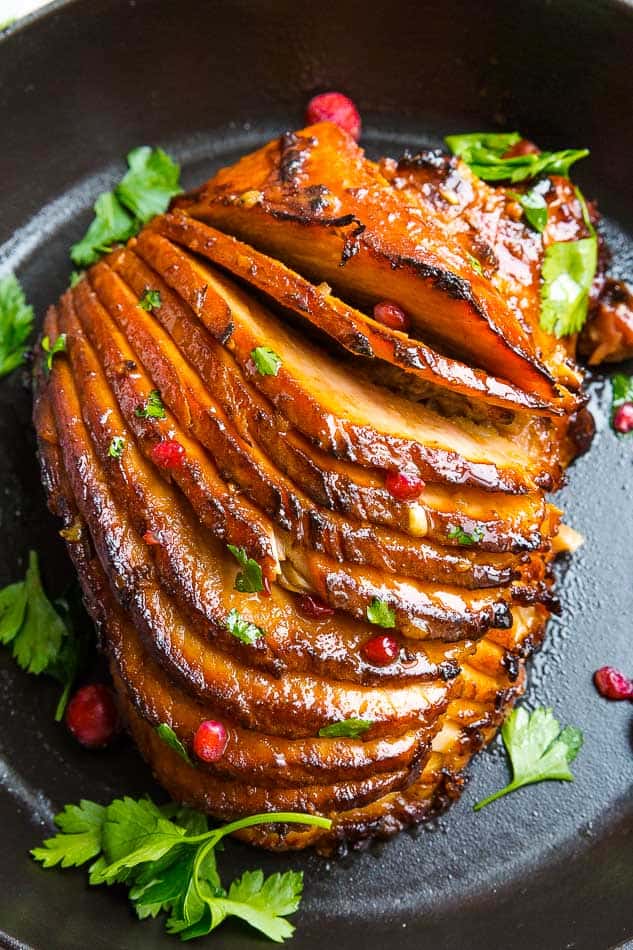 No holiday table is complete without a roasted turkey or a delicious spiral baked ham. Making a spiral ham for your next holiday dinner is easier than you think.

This Instant Pot Ham is done in under 30 minutes in a pressure cooker and comes out juicy and full of amazing flavor. No more dry ham that cooks in the oven for hours. Plus it frees up the oven for other dishes or desserts taking a lot of the stress out of the holidays.

Since ham cooks so much quicker in the instant pot, that means you won’t have to wake up early to prepare your holiday meal. Keeping the oven off means a more hands-off holiday ham. And, you won’t have to heat up your kitchen during the warmer months. Don’t have a pressure cooker? Try my Slow Cooker Ham instead. 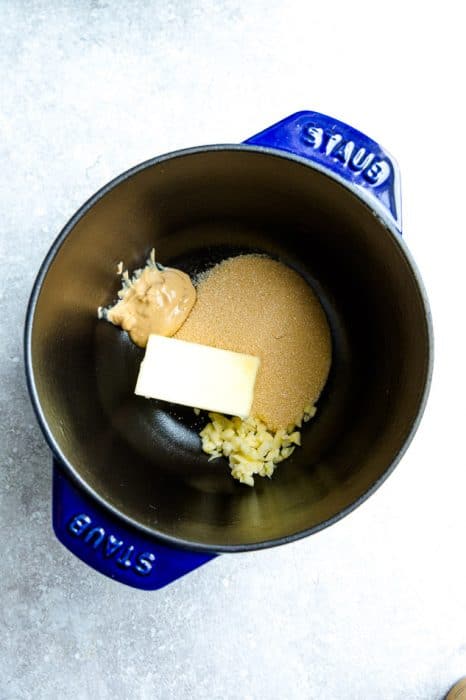 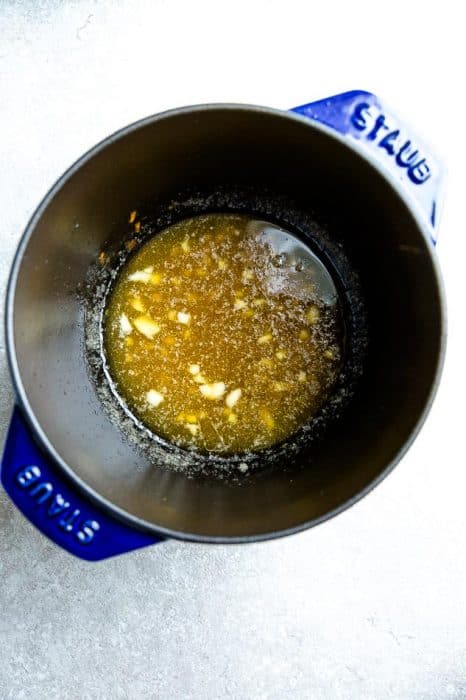 For the 4 ingredient low carb glaze:

HOW TO MAKE INSTANT POT HAM:

Most spiral hams are cooked already, so all we need to do is to heat it up, just like you would do in the oven. The Instant Pot makes it easier and faster! 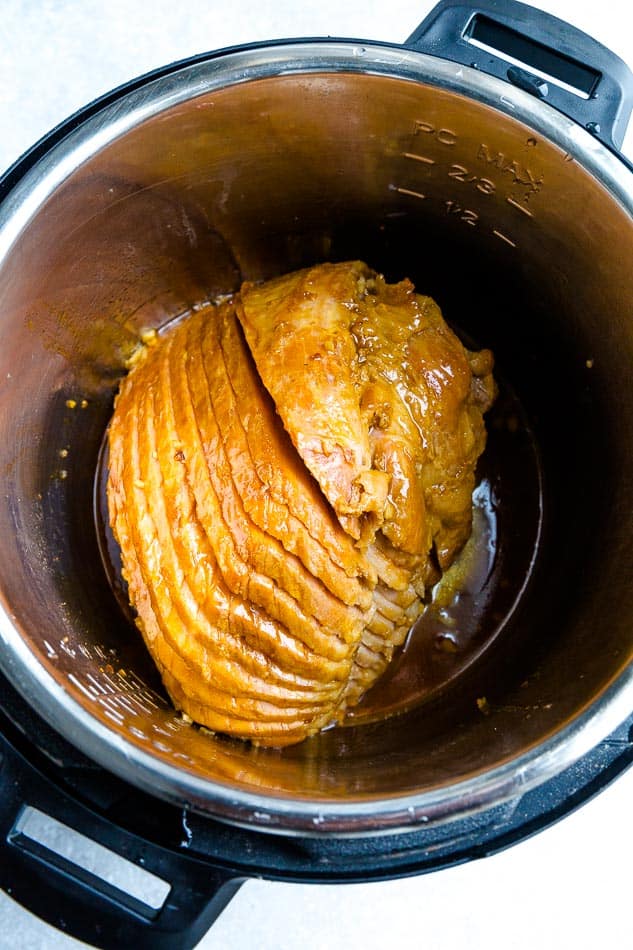 HOW TO COOK HAM IN THE INSTANT POT: 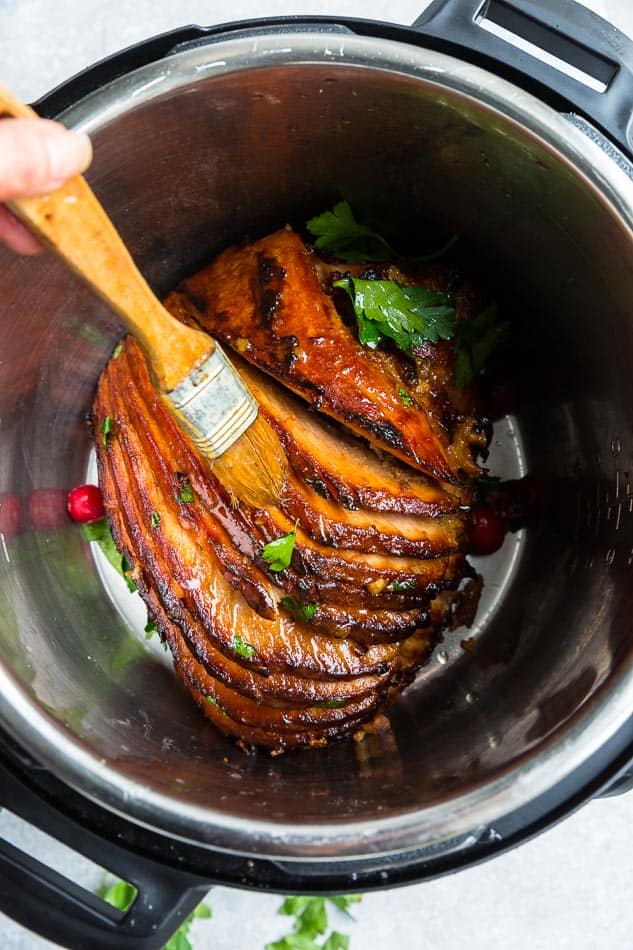 HOW LONG DOES IT TAKE TO COOK HAM IN THE INSTANT POT:

This depends on the size of your ham and Instant Pot. We set ours to cook at 8 minutes for a 4 lb spiral-cut ham that fits perfectly in my 6 Quart Instant Pot Duo Plus.

If you are using a larger 6 lb bone-in thigh ham or have an 8 quart, the time will still be 15 minutes but will take longer to come to pressure as well as fully release pressure. 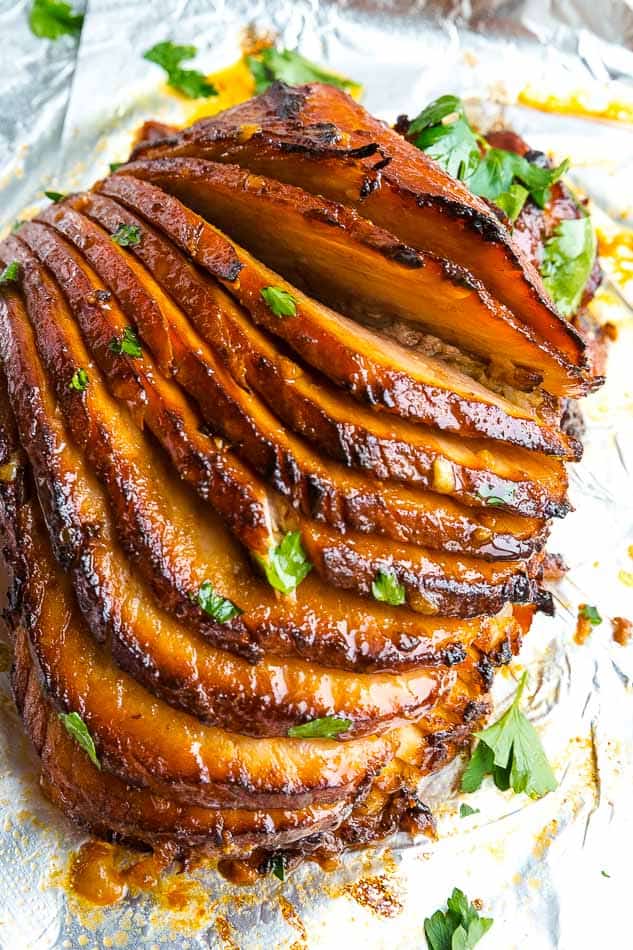 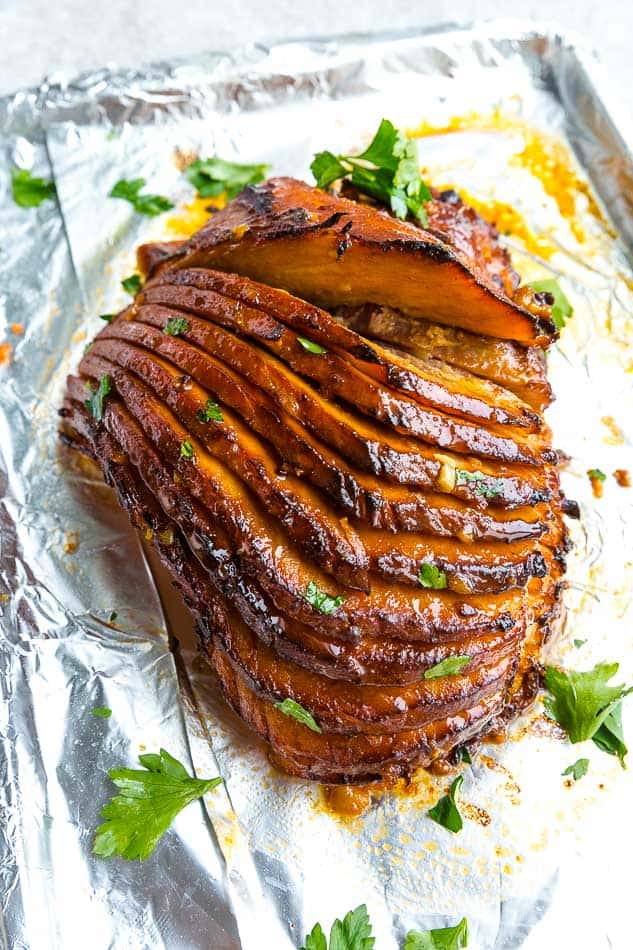 For Keto Ham, you can serve with:

For Honey Baked Ham, serve with: 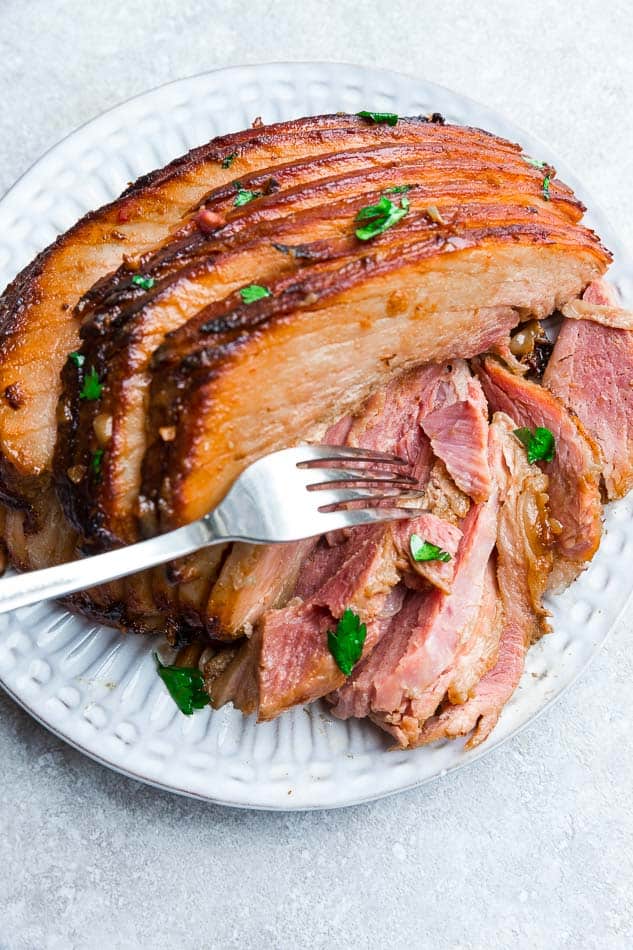 How to use an Instant Pot 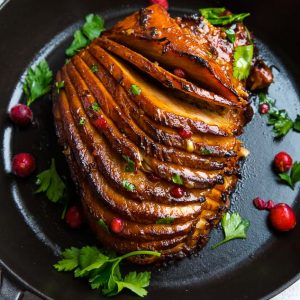 Instant Pot Ham is juicy, flavorful and so easy to make in the pressure cooker in under 30 minutes. Made with a delicious low carb, Keto, Paleo glaze and is perfect for your Christmas, Thanksgiving or Easter table!